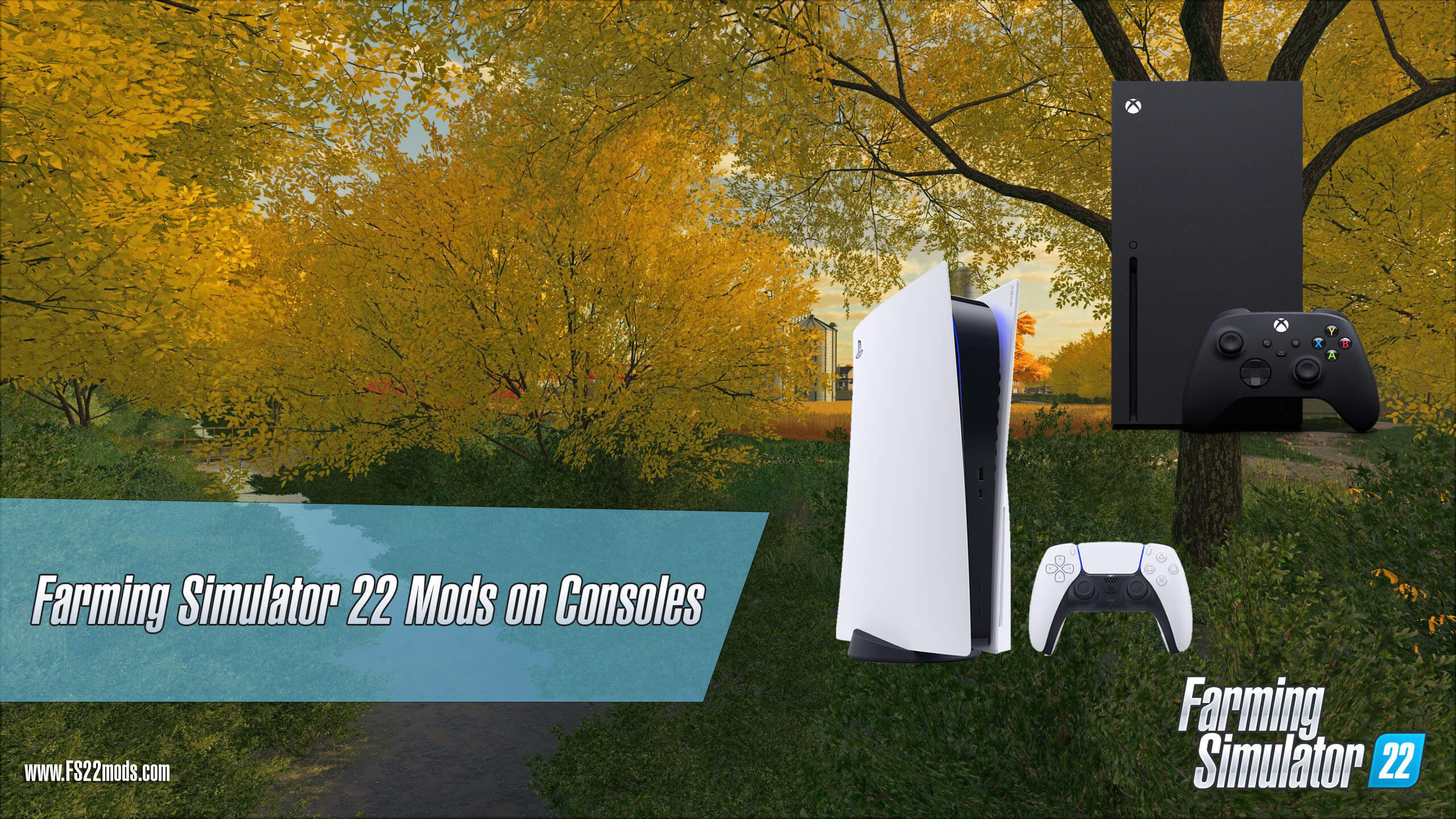 Finally, the Farming Simulator 22 has been announced and after the release, we will be able to check out all the new features that have been added to this latest version. We think that the most exciting topics for this particular farming simulation game are FS22 mods for the two most popular consoles: PlayStation 5, Xbox Series X/S.  right now.

The main advantage of Farming Simulator 22 game is that it is designed to install FS22 mods very easily. These modding possibilities are definitely something that makes this game extremely interesting. It can be customized for each player that decides to dive into modding. The developers of the company, Giants Software have also confirmed that modding opportunities for the new Farming Simulator 22 have been upgraded as well. These new FS22 mods will be supported by all the different consoles – PS4/PS5, Xbox One, Xbox Series X/S and of course PC too. You can be sure that all your Farming Simulator 22 mods will be supported on these consoles.

All of your favorite Farming Simulator 2022 mods will be released for PlayStation 5 and Xbox Series X/S consoles. We are sure that the creators of the game, Giants Software company will launch some new mods even before the release of the FS22. What is more, you can use all these mods in multiplayer mode. The community of Farming Simulator PC players is very keen and eager to create very new original mods, so if you play on XBox or PS consoles, it makes a lot of sense to follow the original mods that were created by PC players.

Don’t forget to take into account these details if you want to use FS22 mods for consoles. Starting with the fact that all Farming Simulator 22 mods have to use only authorized vehicle brands and tools, but there is also an opportunity to use no-name brands. Also, specific FS22 mods for the maps can be used on all consoles if you do not load extra scripts. When talking about file formats, it is important to note that the same formats can be used for all consoles (PS5, Xbox Series X/S) and also for PCs / Macs. Everything is so simple and easy because game creators want to have maximum flexibility for all players out there, no matter what device they use. You can be certain that all the players will see FS22 mods coming out instantly and add to amazing gaming adventures!