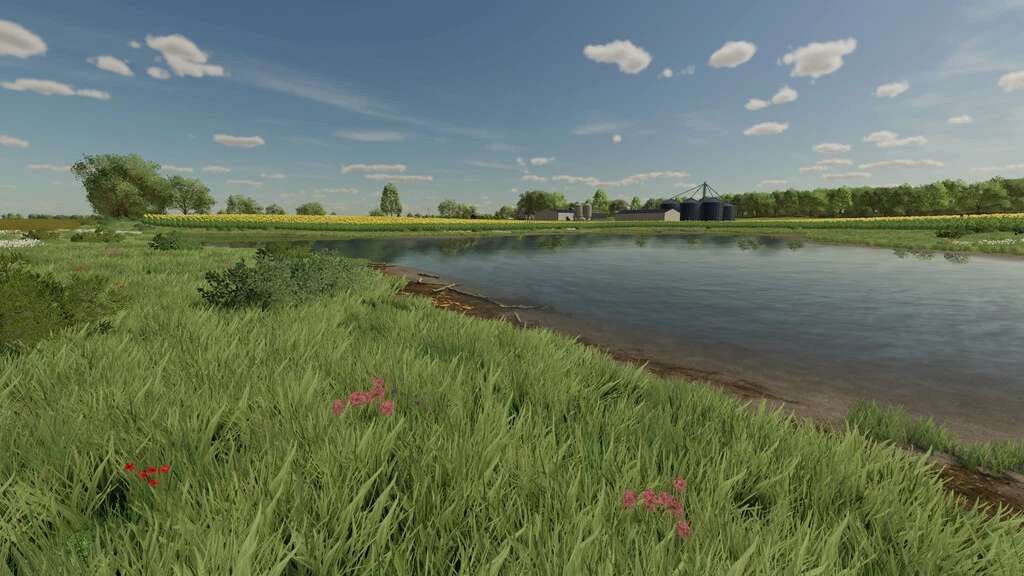 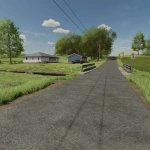 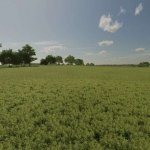 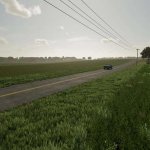 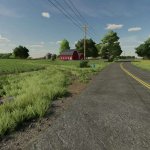 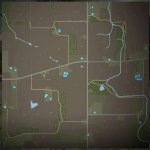 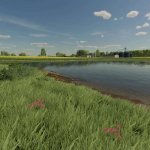 Welcome to Ohio!
Welcome to a beautiful rural region of the northern United States, where corn fields nestle between hardwood forests and fields of wheat alongside numerous lakes and streams.

If you see cows grazing in front of an old American barn, the grass shiny green, while a combine harvester brings in the rich harvest in front of a huge, modern silo complex next door, you know: This is where agriculture is at home.

This map is a replica of a region in the north of the US-state of Ohio, which was initially faithfully created using satellite data and reference images and was later supplemented with own fictional constructs. This therefore means: A large part of the map could theoretically still be found in real life using aerial photos and/or knowledge of the region shown. The specially introduced ideas serve to make the map playable (e.g. sales stations, vehicle dealers, more farms, etc.), but they were only introduced subtly in order to preserve the image of a rural region and not to overload the map.
This map owes its authenticity to its origin as a faithful replica of the real region. Designing it, it was important to present a picture of the agriculture of the US that was as realistic as possible (realistic especially for Ohio, of course there are differences to other states) and to expand the selection of US maps by another – hopefully liked by you 😉 – map .

On this map there are more than 10 farms or similarly designed plots of land (shed with grain bins or similar), next to 34 fields and 7 grasslands that can be bought by the player. Forestry isn’t the main focus of this map, but still you can buy two areas inside forests where you can cut wood. There are no items to collect on this map. There are numerous ponds and ditches on this map, but please be aware they don’t have water triggers. The seasonal growth plan is still based on the standard in-game-plan. In addition to two sales stations for classic crops (all standard crops), it also contains a “farm shop” at the dairy farm and a restaurant at the campsite, where processed products can be sold. Cows, horses and chickens are already present on the map and if some wood is to be harvested, the neighbors will be happy to take it off… And of course there is much more, that just can’t all be mentioned here.
To get an idea, it’s worth examining the map itself in-game. Have fun 🙂