Where can you find the best FS22 mods 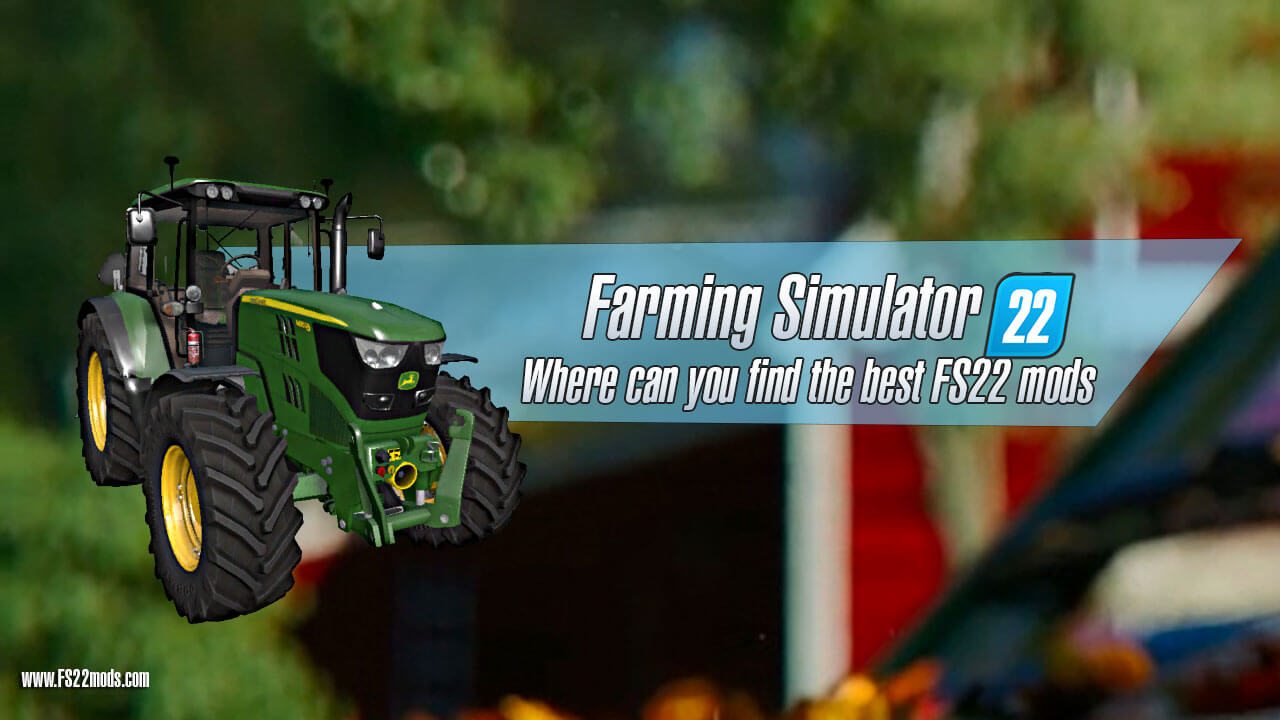 Where can you find the best FS22 mods

Finding mods for Farming Simulator is not as easy as it used to be. Back when Farming Simulator 2013 was extremely popular, you were able to get mods everywhere: mostly in places like FS-UK, Modhoster, American Eagles Modding.

If you want to find the best and the latest mods for Farming Simulator 22, you have to do a lot of digging. But once you start to get into it, FS22 mods practically fall into your lap. Currently, we can name around 30 websites that provide aspiring farmers with mods. It’s important to note, though, that most of those sites are cardboard copies of the most popular places, like ModHub or Forbidden Mods.

You can also find mods in various Facebook groups and Discord servers. You can find some true gems there so make sure to check it out!

Mods make us want to come back to the game again and again. The excitement of new objects and vehicles in Farming Simulator 22 is too great to resist. Good mods, bad mods – we want to try them all!

But there’s a problem: the mods are scattered all over the internet and the community doesn’t have one happy place to upload their creations. Sure, there is Giants Modhub, but sadly they don’t have every single FS22 mod. It is still the main place that unites Farming Simulator modders, but until they change their policy and become less strict about what can be uploaded there, all players that create mods will share their creations wherever they find the demand, be it Facebook, Discord, or else.

What about the Custom Modding group?

Long-term Farming Simulator players have definitely heard of Custom Modding. That’s where you can find very nice FS22 mods. If you want to get into it, you’ll be pleased to know that Custom Modding has a dedicated group on Facebook!

If you want some exclusive mods, we’d suggest joining the group cause some creations are only shared with the members.

There are a lot of FS groups on Facebook dedicated to the game, mod creation, and more. And Expendables Modding is one of those groups! It offers a newbie-friendly environment and no drama that is usually found in many other Farming Simulator groups.

Of course, there are tons of high-quality FS22 mods that are here for the taking and experimenting. But keep in mind that a lot of exclusive stuff is only available for the members of the group. So don’t hesitate to join!

Schwarze Schafe is a high-quality German Discord server dedicated to Farming Simulator mods. You can find exceptional creations there that will certainly make your Farming Simulator 22 experience more interesting!